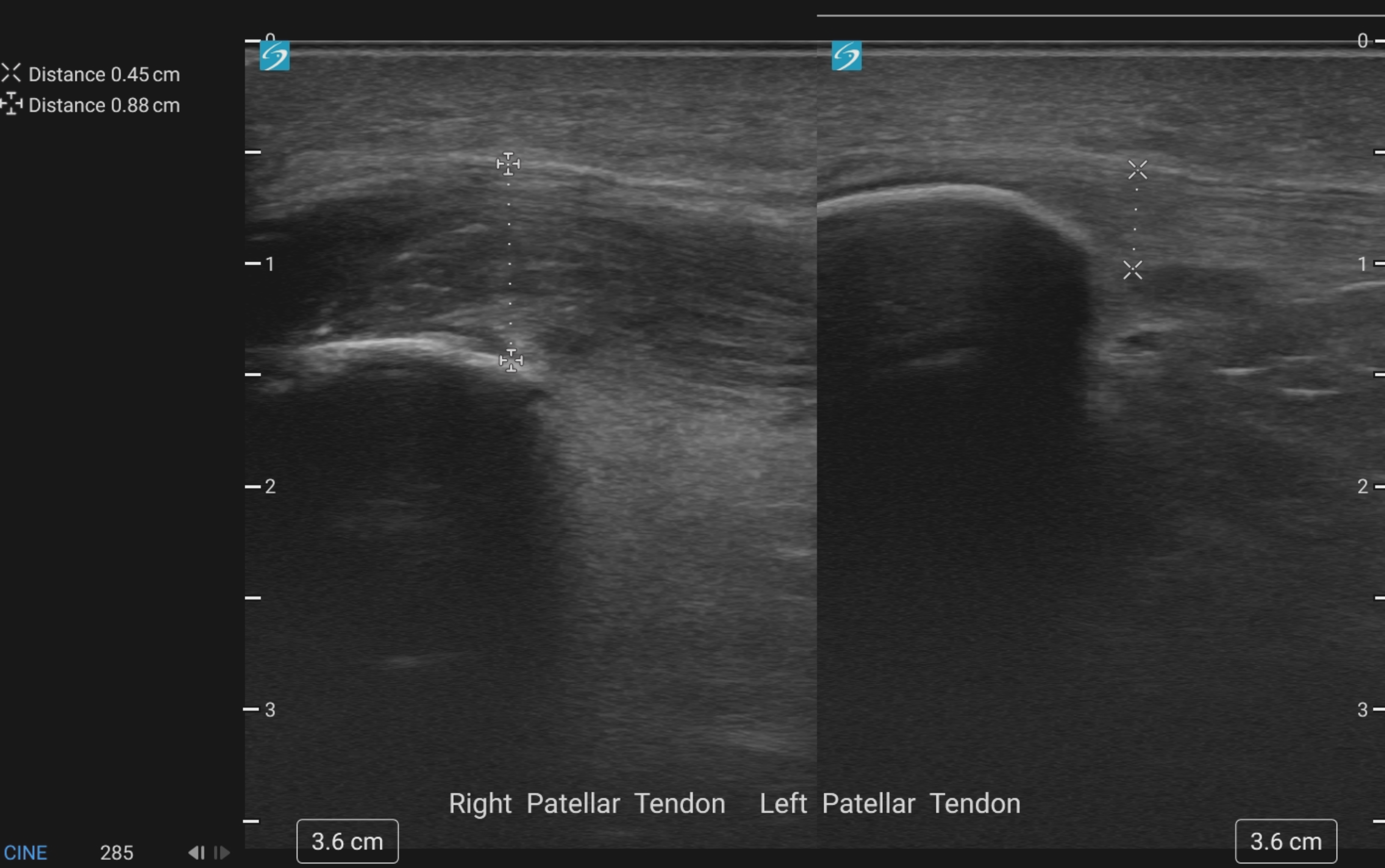 Gout is a crystal arthritis associated with high uric acid levels in the blood. Many people are familiar with gout in the great toe. However, gout can and does affect any joint and often affects tendons and ligaments.

Gout on ultrasound is most often seen as echogenic calcifications in the fluid, soft tissues around a joint, or cartilage. The most common finding is an effusion and swelling. The effusion could have float echogenic debris. The next most common finding is synovitis. This is seen as prominent synovial tissue with frond like projections floating in the synovial fluid. This may or may not have power doppler signal abnormality. The synovial tissue may also contain echogenic calcifications.

Significant findings that should lead the radiologist to suspect gout include the “double line sign”. This is seen as a bright line along the surface of the cartilage of the knee seen on the trochlear window view. This appearance is more specific for gout than for pseudogout. Erosions in the cartilage or bone can also be seen in either severe acute cases or chronic cases of gout. Lastly gouty tophi/soft tissue calcifications are seen outside of the joint.

Gouty tophi are accumulations of crystals and inflamed tissue. This is classically seen at the great toe but frequently seen in other locations. The achilles tendon, ligaments and tendons of the ankle or wrist, rotator cuff, and even the patella tendon or quadriceps tendon. On ultrasound this is seen as soft tissue thickening of the ligament or tendon with echogenic foci. These can have a mass like appearance and indeed malignancy needs to be excluded as it remains in the differential diagnosis. Gouty tophi can also erode into the bone and mimic malignancy.

Acute gout attacks are most often treated with oral high dose steroids or colchicine. Colchicine may be contraindicated in patients with other co-existing conditions, especially cardiac conditions. A reasonable treatment approach is ultrasound guided joint or bursa aspiration followed by ultrasound guided steroid injection that can be used with oral colchicine or along with oral steroids. Patients often report marked improvement in symptoms before even leaving the office and continued relief as the oral steroid dose takes effect as well. This article is not intended to cover the scope of oral therapies for acute or chronic gout, only the added benefit of steroid injection in the acute setting of gout.

Gout should be followed by the patient’s doctor to ensure clinical resolution of symptoms. If the patient had a finding on ultrasound that included a mass, that should also be followed up with an ultrasound to document this is either going away, staying stable, or is not growing. A follow up in three months is appropriate. A growing mass should be biopsied with ultrasound guidance to ensure there is no underlying malignancy.